A couple of weeks back I made a request on Twitter to see if anyone would be willing to lend me a MF format camera.  I own a Holga but I have some nice 120 film left that I thought would be better shot through a glass lens, hence the request.

I had no preconceptions as to which camera type I wanted or would be lucky enough to be offered.  Twitter user @Calor_gas_Terry kindly offered to loan me his Ziess Ikon Nettar for which I am very thankful.

Thus we met and he handed the camera over and a lesson and some tips on how to use it.

So here is said camera

The first thing that struck me was how small the camera is.  Folded closed it actually fits into my pocket.  Opened up it is light and easy to hold.  This camera also had added challenges for me.  Holga aside, the cameras I own are SLR’s with built in light meters thus I can get a handle on exposure and focus.  This camera obviously is different.  With the Holga I am crap at distance and generally shoot everything at ‘infinity’ thus for this first roll at least I planned on doing the same.

Thus the time came I needed to try it out.  Now being the Muppet that I am, for the first roll a normal person would probably choose a standard stock ISO 400 fresh film so that the only variable is the camera.  Moi, I went for (as seen in the above picture) Kodak E100G expired slide film.

Film loaded I then needed to decide on a subject matter.  Those of you that know me, know I do most of my photography during my lunchtimes at work.  (Mundane bit coming up) I had to go to the post office so I figured I would take shots of my walk back to the office.

It was a bright day but I didn’t want to guess the exposure so I used the Lumu iPhone app and took various spot meter readings to then estimate the overall exposure, a completely new thing for me also.

Anyway, enough of the words, here is my walk back to the office.  All images are lab developed and scanned and then I have tweaked them in Snapseed.  They are presented as they are and were shot as a test roll so no great thought on composition or quality.   Enjoy the walk ! 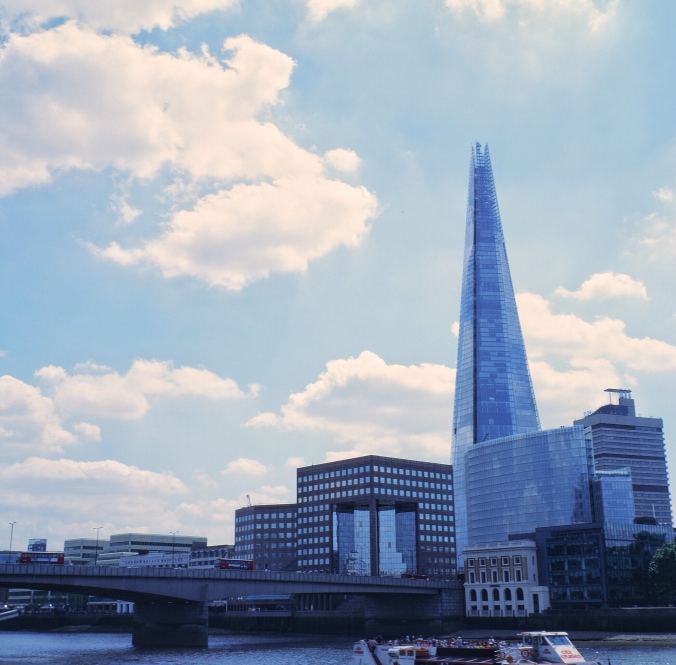 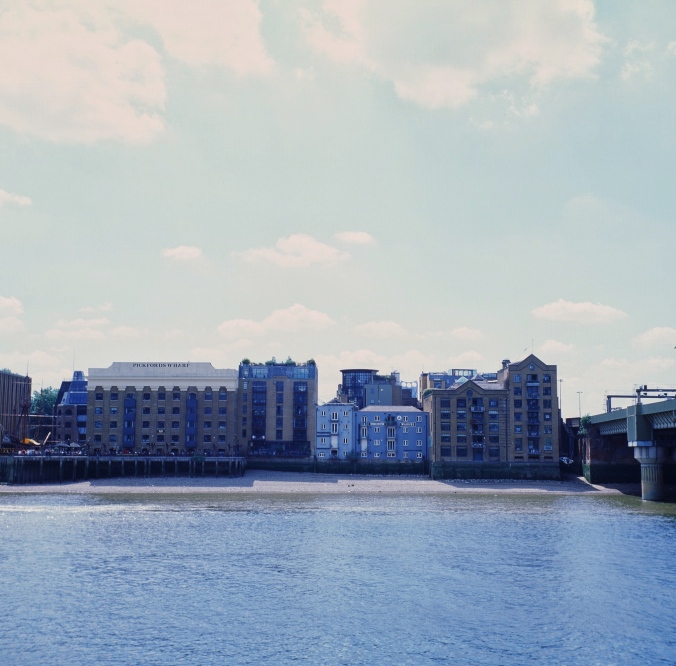 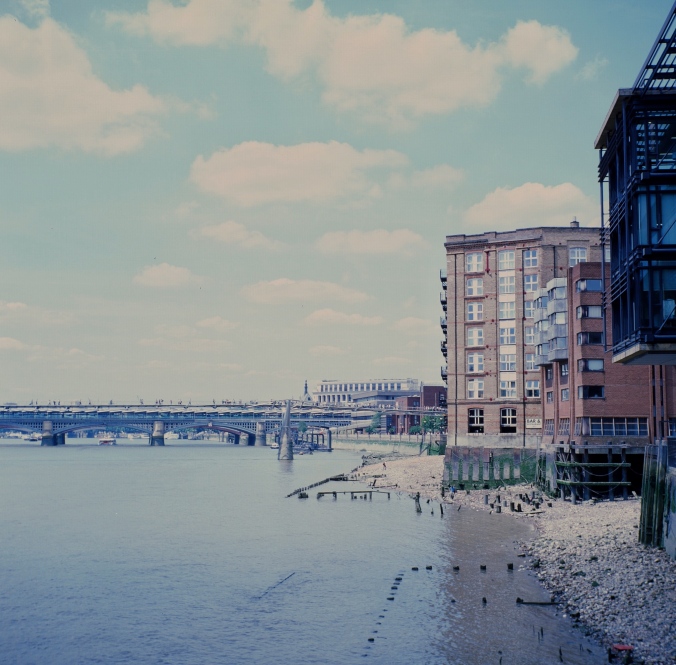 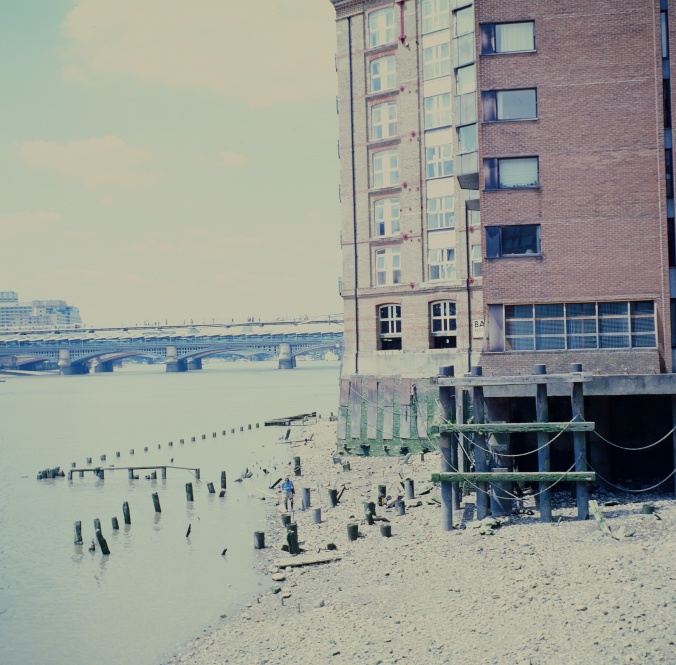 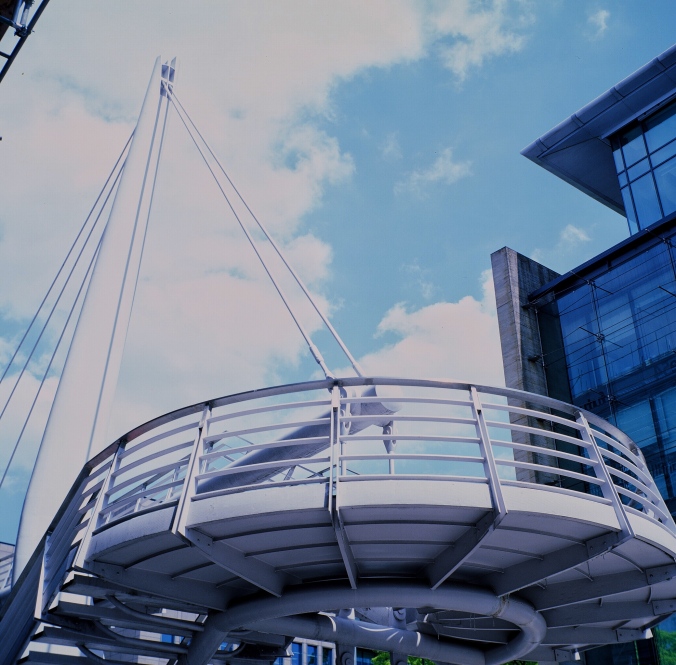 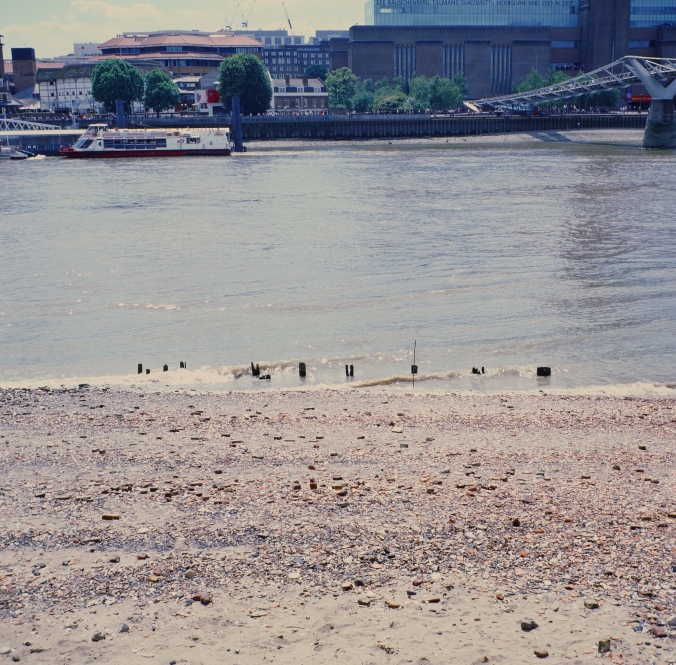 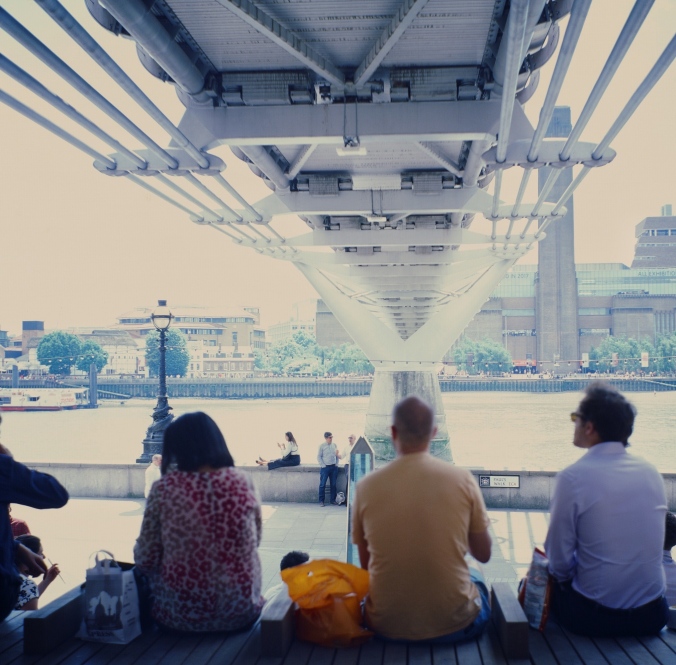 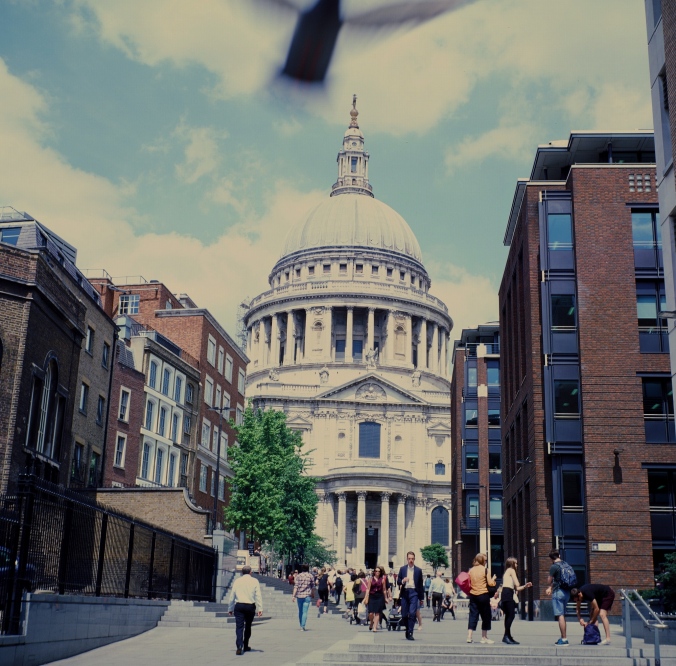